Do you remember the WannaCry attack from May 2017?  How about the NotPetya attack in June 2017? While the WannaCry attack made national headlines, other attacks may have slipped your mind. But the $300 million lost by pharmaceutical giant Merck to NotPetya won’t be forgotten in a hurry.

It goes without saying that businesses of all sizes need to be cautious of ransomware, but what should they do when faced with an attack?

Featured on Digitalisation World, Nigel Crockford, Business Development Manager of Birmingham based IT consultancy eSpida, explains the steps to take.

The article is available in full here. 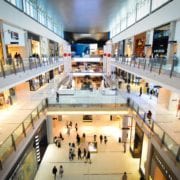 TheWorks.co.uk is set to continue growth in its ecommerce business as well as the number of physical stores it operates. Following a successful transition to a new IT infrastructure with the help of IT consultancy eSpida, TheWorks.co.uk was able to move to a new head office in Warwickshire at the start of 2017. The success of the project can be viewed in a short film on the case studies page.

As part of the milestone move in 2017, eSpida helped TheWorks.co.uk automate its warehouse operations to improve distribution to its network of over 400 physical stores and ecommerce business. The move was managed using a phased transition, which involved all-round upgrades to virtual servers, storage and security, which has subsequently resulted in a 60 per cent improvement in productivity.

“Since the project was delivered by eSpida at the start of 2017, we’ve seen some drastic improvements to our business,” explains Tom Scott, IT Director at TheWorks.co.uk. “We’ve been opening one new store per week for the last three years and we needed a new platform to help us do this.

“Our ecommerce business is now handling 30 per cent more transactions like-for-like compared to the previous year. eSpida helped us to make crucial upgrades to our IT infrastructure to improve our capacity and our ability to deliver fast, accurate distribution and stock management to our network of 440 physical stores, up from 280 stores three years ago.

“We are now 60 per cent more productive with the same size of team. Where our IT infrastructure team was previously spending 80 per cent of its time on support activities and only 20 per cent on new business development, we’ve been able to flip this so that 80 per cent is now spent on new development projects.

“The increase in capacity means we can spend more time as a business thinking more strategically. It has given us better use of a new development environment for testing new software; we’ve been able to upgrade our email system and roll out better encryption in preparation for new general data protection regulations (GDPR).”

Better automation helped to free up much of this capacity. The warehouse, for example, uses an improved order-picking system where the WiFi controlled picking is better managed through handheld terminals.

“It’s not always easy for companies to instigate change in their organisation,” explains Nigel Crockford, Business Development Manager at eSpida. “Many companies find it difficult to go from their ‘as-is’ status-quo to their desired ‘to be’ status where they can offer valuable growth and improved efficiency to their bottom line.

“Peak seasonal events such as Black Friday can put any business under strain. However, we helped TheWorks.co.uk manage this easily by making key improvements to their communication network across their shops and back to the centralised data centre, as well as better disaster recovery and improved bandwidth.”

With the help of eSpida, TheWorks.co.uk has also been able to increase the amount of time available to the IT staff after the day to day running of IT is dealt with, giving them greater proactive management capacity.

“We can now log on in the morning and access up-to-date sales data that helps us to quickly and easily analyse the previous day’s performance,” explains Scott. “This not only improves stock management, it allows us to deliver customer orders faster and puts us in good stead for our growth plans for the next three to five years.”

eSpida has produced a short film about its project with TheWorks.co.uk, which can be viewed at https://www.espida.co.uk/2017/08/14/working-with-infrastructure-specialist/. This video will help anyone considering upgrading their ageing infrastructure and explain how a specialist such as eSpida can help to safely and securely manage this change.